One of the most brilliant aspects of the ashtanga vinyasa yoga physical practice lies in its adaptability.

Not unlike the swiss army knife housing a blade, a toothpick, and a bottle opener, the ashtanga yoga practice works effectively across a spectrum of applications. Not confined to being solely a central axis meditation, one could also consider the vinyasa practice a kind of physical therapy. After all, Guruji referred to the primary series of ashtanga yoga as “yoga therapy” — yoga chitiksa.

The premise here is that this practice, when done correctly, heals the body.

The physical practice “cleanses” us of  the chronic as well as the habituations that might lead to the acute (and perhaps, vice versa).

In a lot of young practitioners, I see folks say “Ow!” at the mere idea of folding forward. Its like a kid sister pretending to slap her brother. She goes for the fake, he yelps, etc. Same same with the hamstrings– yipe! they cry out, before even being touched. This is very common. Placebo pain.

Fast forward a few years: I see the more “advanced” practitioners going through the motions, making those big ol’ shapes, and feeling the rush and exhilaration. The challenge and the muscular effort. But, no ground-level stuff achey stuff. Then later,  I hear from these more seasoned practitioners that suddenly a something hurts– shoulder, knee, hamstring, whatever. A something. And this “something” seems to have suddenly started hurting for no real reason. Inhibited pain.

Neither one of these are useful.

In order to approach this practice in a therapeutic manner, we must find a middle ground between a blacking out of sensory registration of micro-level pain and anticipatory flinching getting in the way of macro action steeped in old trauma or fear of new.

To do this  we need to tune-in instead of tune-out.

As any practitioner with some time on the mat will tell you, discomfort doesn’t equal pain. Acknowledging that requires three things: 1) discomfort is real. 2) pain is real. 3) they are not the same. This requires that we don’t shut off our awareness of pain, but instead become clear on it’s reality. This creates discernment. It can also act as a healing balm to discomfort that may become pain, and also as a salve for pain that may beget more pain instead of less.

HEYAM DUHKHAM ANAGATAM (2.16)
Pain that has not yet come is avoidable.

Injuries without moments of direct trauma don’t happen over night– “incorrect” or “not useful” movement patterns, meaning those that are deleterious or injurious over time, can often make these injuries seem to come on suddenly. They don’t. This is the kind of stuff the practice can clean up. It can un-inhibit. Re-inhabit.

Placebic pain is tricky, too– that is, pain that arrives without a cause. When we bring attention to the nature of pain and its direct reality, we can sometimes release old holding that don’t serve us any more, and in that unraveling, also get rid of the chronic pain that we feel. I’m tempted to call chronic pain “psychic pain”– but, I’ll save that conversation for another time.

Its important to remember that there is nothing wrong with us. We are just people with bodies doing a thing. And, in the act of doing the thing, either we can meet certain conditions in front of us, or not. Either we feel a hurting or we don’t. Personally, I don’t like calling the chronic stuff “injury” for that very reason.

With practice we aim for a place where pain registers if it registers– and doesn’t if it doesn’t. There is a huge difference between “don’t hunt for pain” and “ignore your pain.” It might be as simple as saying “be aware” or “be present.”

Once, through the process of discernment, when we have identified pain as being real and available, it can become a huge catalyst for catharsis. How? Because from this working place, we can go out and eliminate its root cause.

In this way, the practice can be healing.

“If the body is in dis-ease, then the mind will be in dis-ease,” says BKS Iyengar. If the ultimate aim of practice is to find yoga, meaning the cessation of the fluctuations of the mind, then we need to ease the body.

So, what happens when pain presents itself acutely?

But, can this take you away from breath, bandha, and dristhi? Perhaps, yes. Though Swami Sivananda may have said that the highest sadhana is to “bear insult, bear injury,” he wasn’t talkin’ physical, and I simply do not believe that pain needs to be exalted nor exacerbated through the continuation of the ashtanga vinyasa yoga practice.  If we are to treat the ashtanga yoga practice as a healing modality that is infinitely adaptable to our needs as practitioners, then I think wielding it like a surgeons knife is appropriate: carefully, conservatively, and clearly.

(beautiful photograph by meghan powell. horrible photoshopping by yours truly. don’t blame her for that horrible lens flare/cloud effect.) 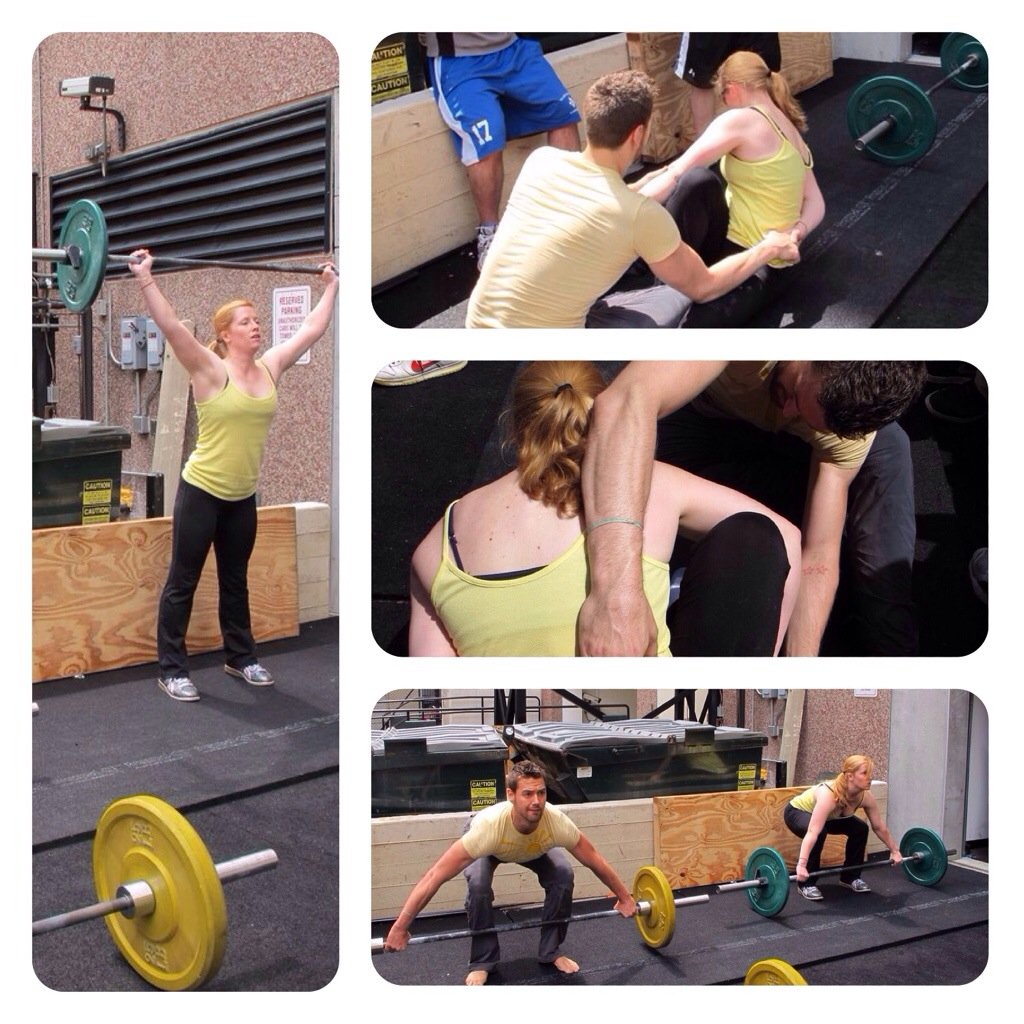 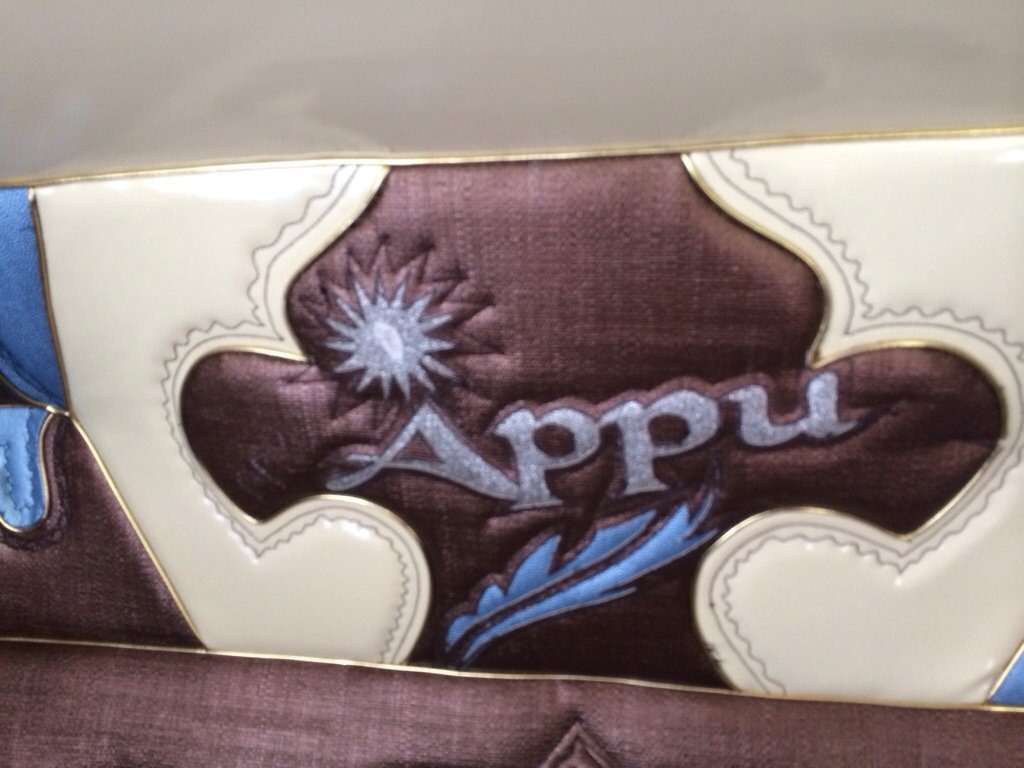 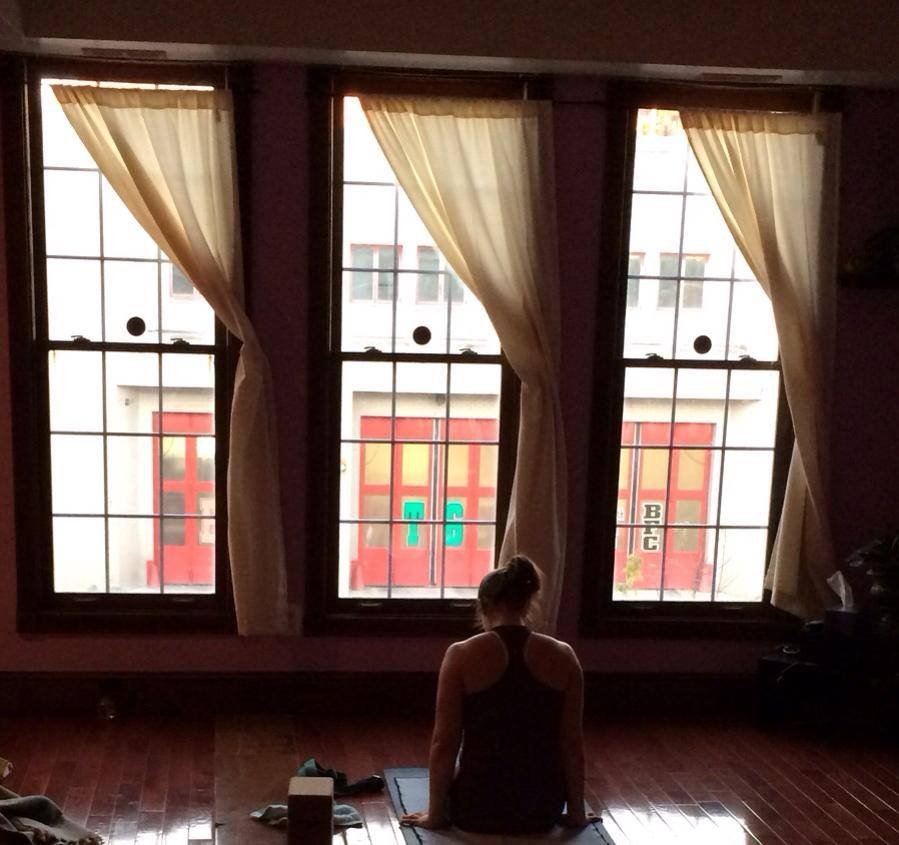 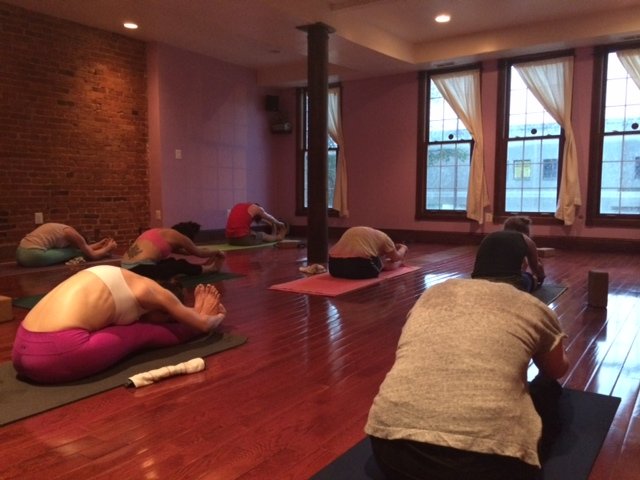