Before the $14 dollar small plate restaurants popped up on every corner in Logan Circle, it was the transexual prostitutes keeping the big blue mailboxes company. I love facadism for holding true the aesthetic of my neighborhood, but it’s just that: a facade. You can’t hypergentrify and maintain the grit. Once an every night occurrence, now you’re not likely to peek tit-and-pecker rolling out of the back of a sedan at 4am.

The true look of my old neighborhood consisted of the street light’s sodium cathode bulbs giving the streets a turmeric sheen, whilst our now-ladies of the night shifted Forever 21 bandage dresses in the wee-hours of the mornings. You can keep the outside and gut the inside, but like the mumbo sauce stained wing bones that used to litter the corner, something’s gone that ain’t coming back.

Down a few blocks from my old house on 14th street, where the used car dealerships used to be (and where the studios and theaters now stand), there were a few homeless missions, thrift stores, and wing joints. This was a neighborhood that used fully all three. On this particular summer day, it was the thrift stores that held the attention of me and my bargain minded friends. In the mid- ‘aughts, the thrift stores hadn’t been demolished and remade into condo lofts and “vintage” boutiques– from L&M Thrift to Ruff & Ready furniture, deals were there to be had (and were much needed on my comedy cabaret income).

From the random bling that Crystal Jolley dazzled upon her now-covered de-cou-tage to the overstuffed arm chair that I had properly plopped into, we had done well on our mid-summer treasure hunt. My over-sized apartment, like it’s oversized tenant (and his oversized dog), needed furniture like a brunch menu needs bottomless mimosas. On this particular day in July, hotter than balls, we searched for the Goldilock furniture that would be “just right,” and wouldn’t you know it? We found it.

While Crystal certainly had a car, her adorable Focus would by no means get this giant chair home. It was comfy, sturdy, and blue. It was a bit rounded at the arms, cumbersome, and a color somewhere between denim and don’t. It could easily have been kin to the postal boxes. Not overly heavy, but surely unwieldy, I could carry the chair down the street myself, but was glad for Crystal and Company for moral support (and someone had to carry the matching ottoman). Living on P Street, the thrift shop was on T, so it wasn’t as though we had far to go.

Even still, between the sun and the champagne, we needed to stop every other block for a sit. At this point, someone had gone home and gathered Sebastian, and we were making a day of hanging on the street and enjoying each other’s company. The chair was sized so that between it and the ottoman, we could easily fit six people (and a dog).

And we did just that, turning Fourteenth into our living room for the day.

Before the baby boom and stroller mafia, Logan was a decidedly indie-queer part of town. Priced out of Dupont, it was no surprise that the gays moved East to gentrify. I had a garden on my fire escape, graffitti on my wall, and a chinese carry out across from an eclectic furniture store. Junk kits juxtaposed with high-end lighting made for the perfect storm to meet the Natural Mystic.

The heat is known to bring out the crazies, a Washington, DC truism. Sweating through my deep-v, I was not alone as pools of saltwater teemed around Crystal’s new bling, creating a buxom lake. The proximity to the homeless shelters helped with the crazy-makings.

To be fair, I was sprawled over the side of the chair stretching (as you know I’m wont to do), my arms over head in a not overdramatic upper-chest opener. Crazy making indeed, I was mid-stretch as our Mystic approached.

His jeans were stained in the way that they get when you have no where to hang your hat. His collared shirt unbuttoned to the navel, and a hair of braids that only the hookers might call tight (for a lack of point of reference, if you catch my drift), the man’s appearance was largely unthreatening. His face was mostly kind. Unaware that he would soon tell my future to me, I thought (quite logically) he was going to try to bum a cigarette.

Upon appproach, Sebastian didn’t growl. In hindsight, perhaps it was the stretch over the side of the chair that led to what came next.

To me he said:

“You like da yogas, and yous been learnin from a woman.

“She’s a good teacher, and you’s good too. Keep it up, an you gonna be great.

But soooooon! Soon you’ll need to leave the womans! The womans can only teach you so much! They get crazy and emotional! And, they’ll hold you back!

“Deys put they shit on you! They make ya crazy! Ya gotta find a MAN! You need to learn from a MAN the yoga, so that YOU can be be the great teacher! Its for you! Don’t get caught in no woman-trap! Don’t let them put they’s shit on you! Its evil!”

“You’s gonna be good, a great yoga teacher– but only if you don’t get caught up’in dey bullshit. Woman, for you, after a time, goes from good to evil. Stay in dat oven too long you get burnt.”

There was no time-stamp on his warning. I can’t disremember that he used the word evil. He then petted Sebastian (our best judge of character), bummed a cigarette, and went on his way. 8 or 9 years on that corner, and I’ve never seen him again. All the years prior, I’d never seen him before.

I was fresh off the island, having studied that April at the Sivananda Ashram. I was a devoted student to a woman I would never call evil.

In the back of my mind, I’ve remembered the Mystic as I have looked for a teacher. As I’ve sought for a guru.

I swear this story is true. 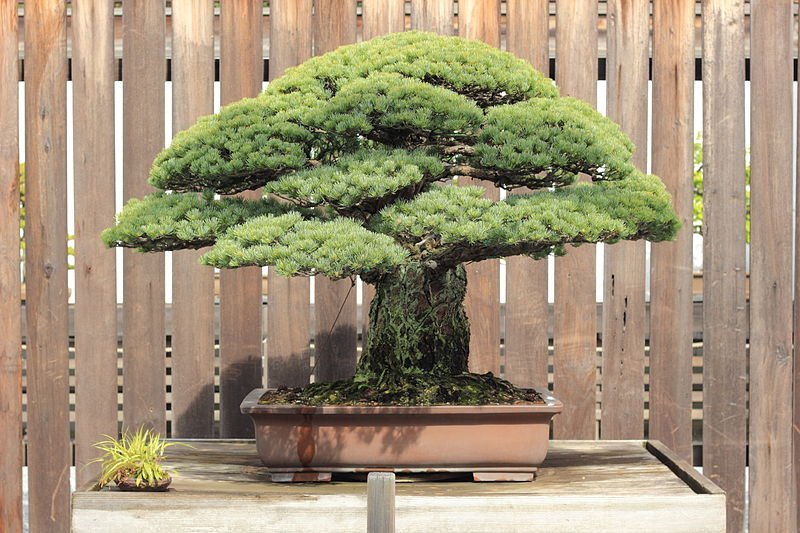 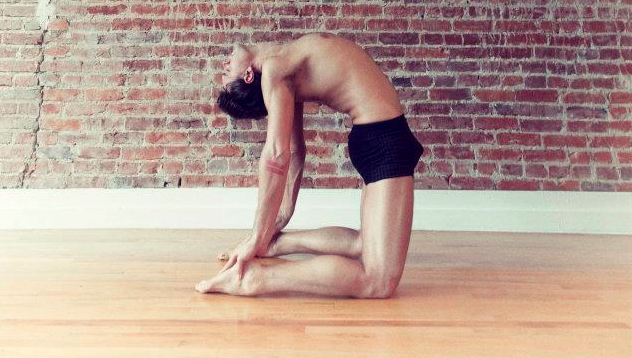 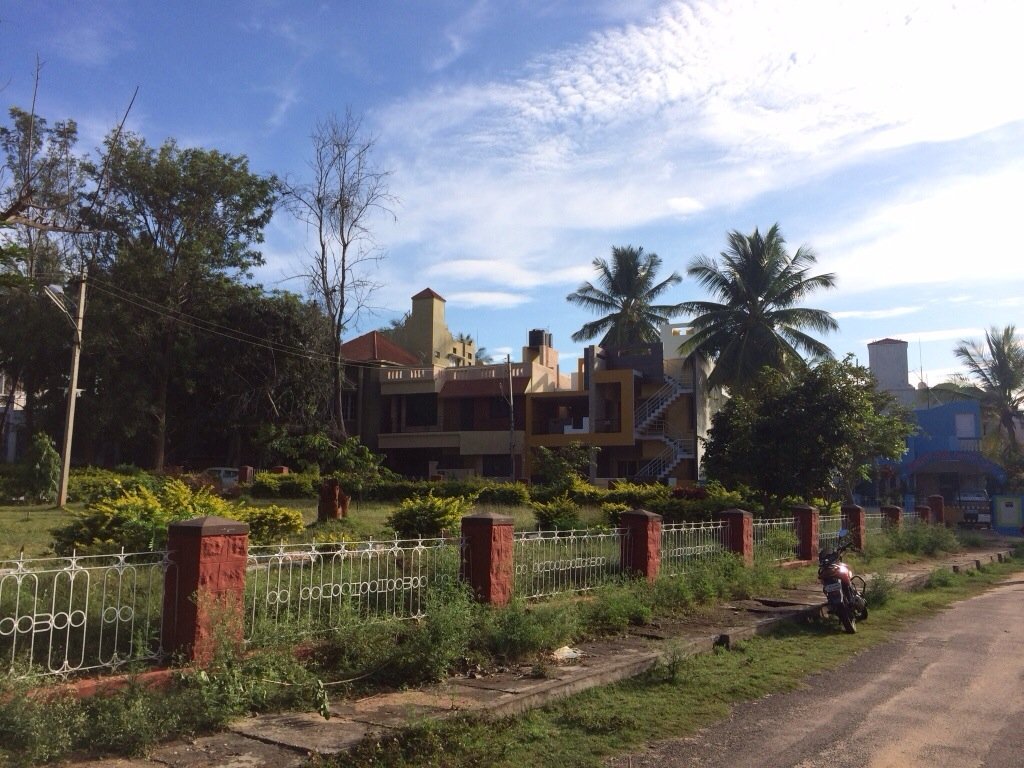 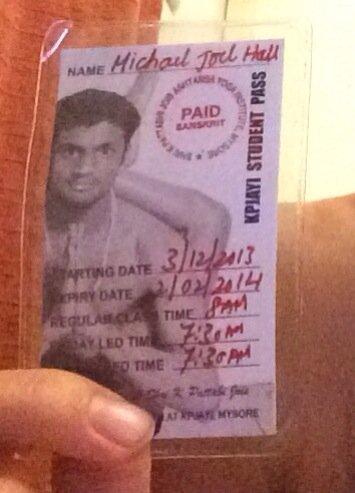